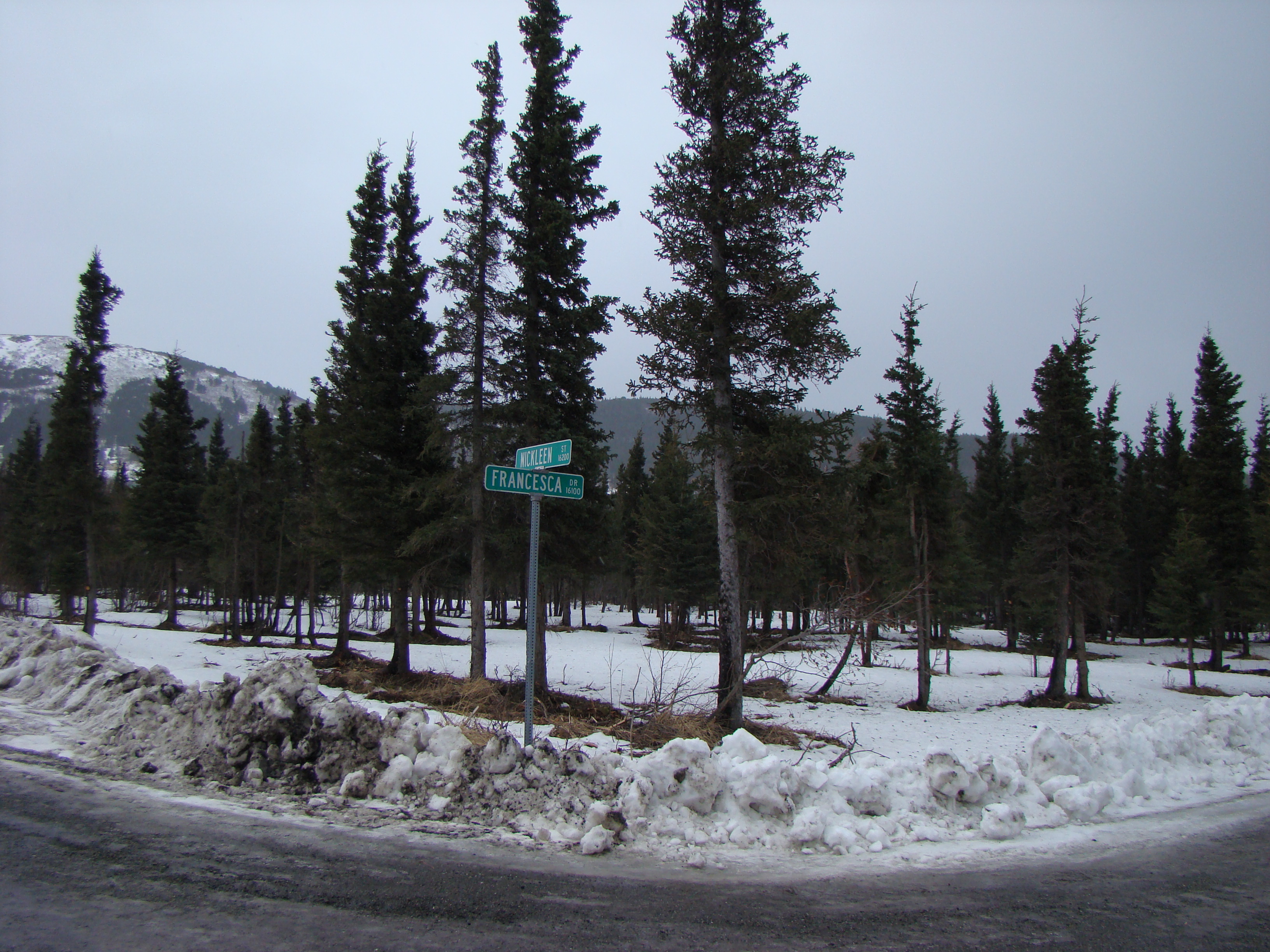 Bear Tracks Park is a 1-acre natural setting day-use park located at the corner of Nickleen St. & Francesca Dr. There is a two-vehicle parking area, natural trails within the park and a bench to enjoy your surroundings.

Between 2008 and 2009 the Bear Valley Community Council worked on petitioning the Municipality of Anchorage to name a location on the corner of Francesca Drive and Nickleen Street as Bear Tracks Park. The Anchorage Assembly approved this petition on January 20, 2009. The park was formally adopted by the BVCC on March 13, 2009.